With its pristine white-sand beaches, vast swathe of outback, one of the longest surviving cultures in the world, a UNESCO World Heritage Site made up of remarkable reef and rock formations, excellent surfing, and award-winning wines, you will always have a reason to return to Western Australia.

Dive in Exmouth and The Coral Coast to explore some of the most diverse marine habitats on earth, visit Shark Bay and Ningaloo Reef where you can swim with the biggest fish in the ocean – the whale shark. Frolic with the playful dolphins of Monkey Mia, take to a kayak and observe cliff kangaroos, or take your surfboard and catch some exceptional waves.

If you are after some out-of-the-water activities, stroll past the exhibits at the world’s biggest wildflower show, visit the strange moonscape of the Pinnacles Desert, or plunge into the extraordinary ancient river gorges of Kalbarri.

The climate in Western Australia can be split into four different categories: Tropical in the north, semi-arid in the central interior, ‘Mediterranean’ in the south, and almost perfect in the Ningaloo region.

The North: The dry season occurs between April and September, with hot days of 30°C and mild nights reaching 15°C. During the wet season, October to March, expect high humidity, thunderstorms and heavy rains. The average daytime temperature is high at 36°C and dips to 23°C overnight.

Central Interior: Being a semi-arid zone that is mostly desert, the days are sweltering and the nights can be quite cold. Expect an average daytime temperature of 33°C, often reaching 45°C in the height of summer. Overnight, the temperature can drop to 17°C with 4°C being recorded in the depth of winter.

The Ningaloo Region: This area is dry and warm all year-round and records up to 320 days of sunshine every year!

Based in the Gascoyne region of Western Australia, the Ningaloo Reef is a 300km long World Heritage Site, and one of the earth’s last exceptional ocean havens. It is one of the most expansive coral reefs on the planet.

This reef is made up of immaculate coral gardens and hundreds of brilliantly coloured tropical reef fish submerged in crystal-clear, aquamarine waters.

Swim and interact with the enormous, gentle whale sharks from March to June, along Ningaloo Reef. If you want to see Manta Rays, winter (May to November) is the best time to dive, and for Humpback Whales, dolphins, and the ever-elusive Dugong visit between July and November.

On a night in March every year, under the light of a full moon, over 200 species of coral spawn their vibrant polyps and Ningaloo Reef transforms into a veritable smorgasbord for the krill and other minute sea life that gather in huge numbers to feed on the spawn. These tiny sea creatures, in turn, attract larger guests to the table over the subsequent months, including the gentle giant of the ocean - the whale shark.

Rowley Shoals Marine Park lies 300 kilometres (12 hours by boat) west of Broome. Made up of three coral atolls rising 440 metres from the deep, Rowley Shoals is truly a remote marine wilderness. Rowley Shoals sits on the edge of one of the widest continental shelves in the world. The visibility here is exceptional. Dive on untouched coral gardens in crystal clear lagoons with abundant marine life. Drift dive past shear vertical walls and clear canyons amongst turtles, sharks, trevally, mackerel and tuna whilst giant potato cod and Maori wrasse follow you around. Liveaboards visit the area between September to November when conditions are at their best.

Ningaloo is home to the world's largest fringing reef. The World Heritage listed Marine Park can be reached by just a short swim from the coast in many places. Home to over 450 different species of marine life and 250 different species of coral, Ningaloo is a diver’s and snorkeler’s delight. A highlight is being able to swim with the gentle giants of the sea – the whale sharks and humpback whales, and scuba diving with manta rays (in season).  Ningaloo is also a nesting and mating site for Green, Loggerhead and Hawksbill turtles.

Rated amongst the world’s Top Ten shore-based dives is Navy Pier, located in the gateway town of Exmouth. Navy Pier is a working Australian Navy facility and can only be dived with a licensed operator. A dazzling array of ever-changing marine life reside among the pylons and soft corals, including coral trout, angelfish, butterflyfish, lionfish, batfish, painted sweetlips, bannerfish and colourful nudibranchs. Giant Queensland groper lurk in the depths with spiraling schools of big-eye trevally and barracuda. Grey nurse sharks appear in the winter months.

To see the most remarkable attractions that Western Australia has to offer, take a drive through the bush, see the pink lake at Hutt Lagoon, and explore the strange moonscape of Nambung National Park.

The hiking opportunities in WA are seemingly endless and full of wonder. Visit the Karijini National Park and summit some of the most ancient rocks in the world. Marvel the soaring walls of Windjana Gorge with their captivating fossils. Explore Kalbarri National Park and traverse the 400-million-year-old river gorges that run through it. Journey to Cape Range National Park and take in the rousing red canyons, indigenous wildlife, and the Aboriginal heritage of this area. Hike up the world's biggest monolith, Mount Augustus, or drop 750m into the belly of the oldest cave system in WA, Tunnel Creek.

Monkey Mia is a popular tourist destination located about 900 km north of Perth, Western Australia. The reserve is 25 km northeast of the town of Denham in the Shark Bay Marine Park and World Heritage Site. The main attraction are the bottlenose dolphins that have been coming close to shore for more than fifty years. The clear waters of Monkey Mia are suited to swimming and snorkeling, but these activities are permitted only outside of the dolphin interaction area. 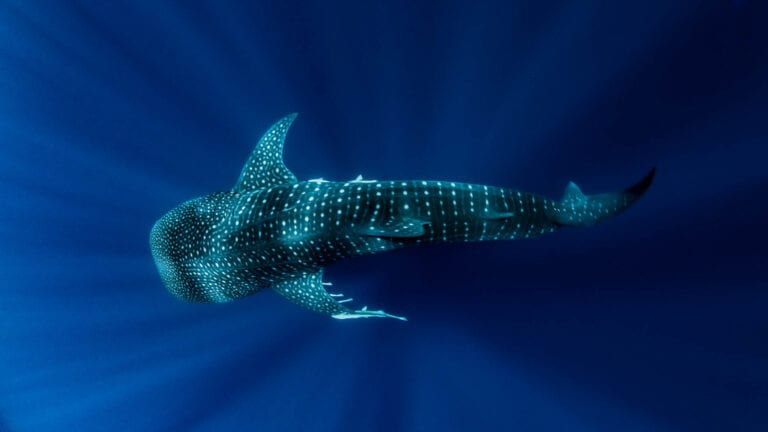